Replacing styrofoam with coolers made of coconut husks

For coconut farmers, husks are a waste product that quickly piles up. Meanwhile, people need to keep food cool in the hot countries where coconuts grow, and they often use styrofoam. A Philippines-based startup is tackling both issues with coolers made of coconut husks.

The company's first brand is Fortuna Cools, which launched in 2018. Because so much  expanded polystyrene — aka styrofoam — ends up in oceans, founders David Cutler and Tamara Mekler searched for a sustainable insulation material to create durable and affordable coolers for small-scale fishermen. They found coconut husks. 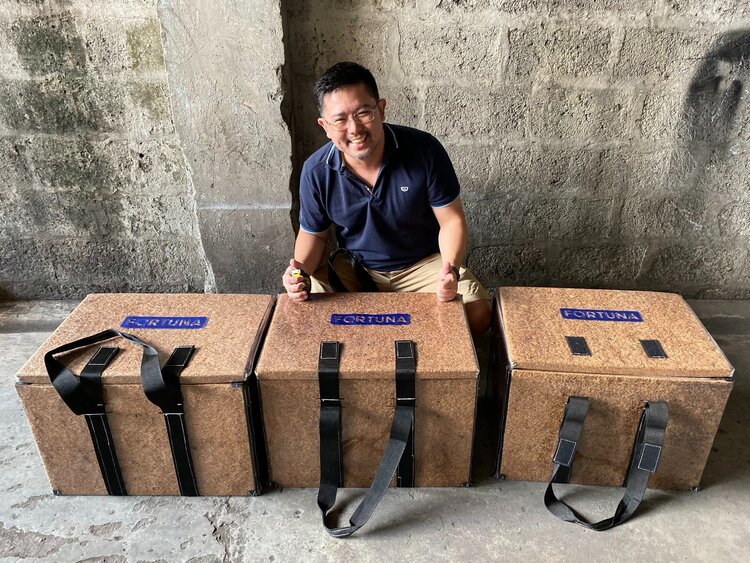 Able to protect coconuts from the elements and from dropping from tall palm trees, their shells are inherently tough. But the market for husks is limited, and after harvesting coconut meat, farmers often burn the shells. Which results in hazardous amounts of smoke, and tons of CO2 released into the atmosphere. By purchasing husks, Fortuna Cools not only prevents those fires, but provides farmers with an additional source of income.

70% of Millennials and Gen Z have made changes to their purchases or behaviors because of climate change, and the pandemic seems to have pushed consumers towards a tipping point when it comes to ethical concerns and environmental consciousness.

The startup won a USD 250,000 grant from the UNDP's Ocean Innovation Challenge in March, and has now bagged an undisclosed amount in a seed funding round as it gears up to launch a new consumer product: Nutshell Coolers. A sleeker, foldable version of the containers made for fishermen and other food traders, Nutshell Coolers will be released on Kickstarter soon.


Finding a solution for an actual problem — polystyrene polluting oceans — while creating value from a waste product, Nutshell Coolers are a prime example of upcycling done right. One to be inspired by!