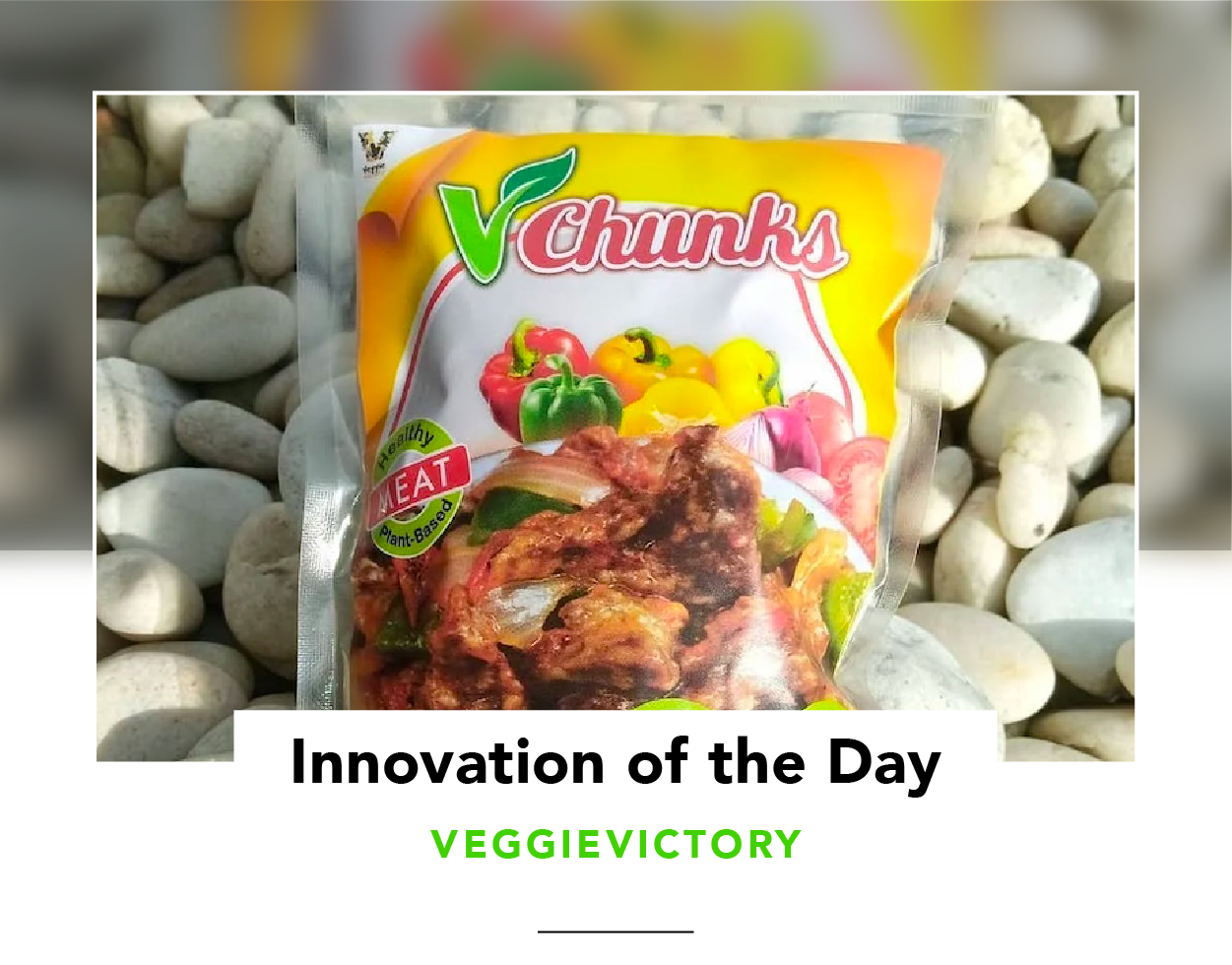 VeggieVictory was billed as the first vegan restaurant in Nigeria when it opened in 2013, and began selling its own meat alternative on the side. The brand's flagship product, Vchunks, is rich in protein and 100% plant-based, and doesn't require refrigeration. Vchunks was developed locally, and is produced and packaged in Nigeria. In addition to being sold through grocery stores across the country, Vchunks are also on the menu at Nuli, a chain of healthy quick-serve restaurants.

Last week, VeggieVictory announced it closed a pre-seed funding round with venture capital firms in Europe and the US. Investors include Michiel van Deursen, who was an early investor in The Vegetarian Butcher (acquired by Unilever in 2018). The Lagos-based startup will use the proceeds of this funding round to expand its line of plant-based foods, including a new vegan beef jerky, as well as other products tailored to the Nigerian market. It also hopes to expand to other African countries.

It's easy to be wowed by the leaps and bounds that brands like Beyond Meat and JUST Egg are making (and then there's Nestlé announcing a vegan KitKat), but the African market for plant-based foods could see tremendous growth over the next decade. Nigeria is the largest economy on the continent, so it's a good place to start ;-)