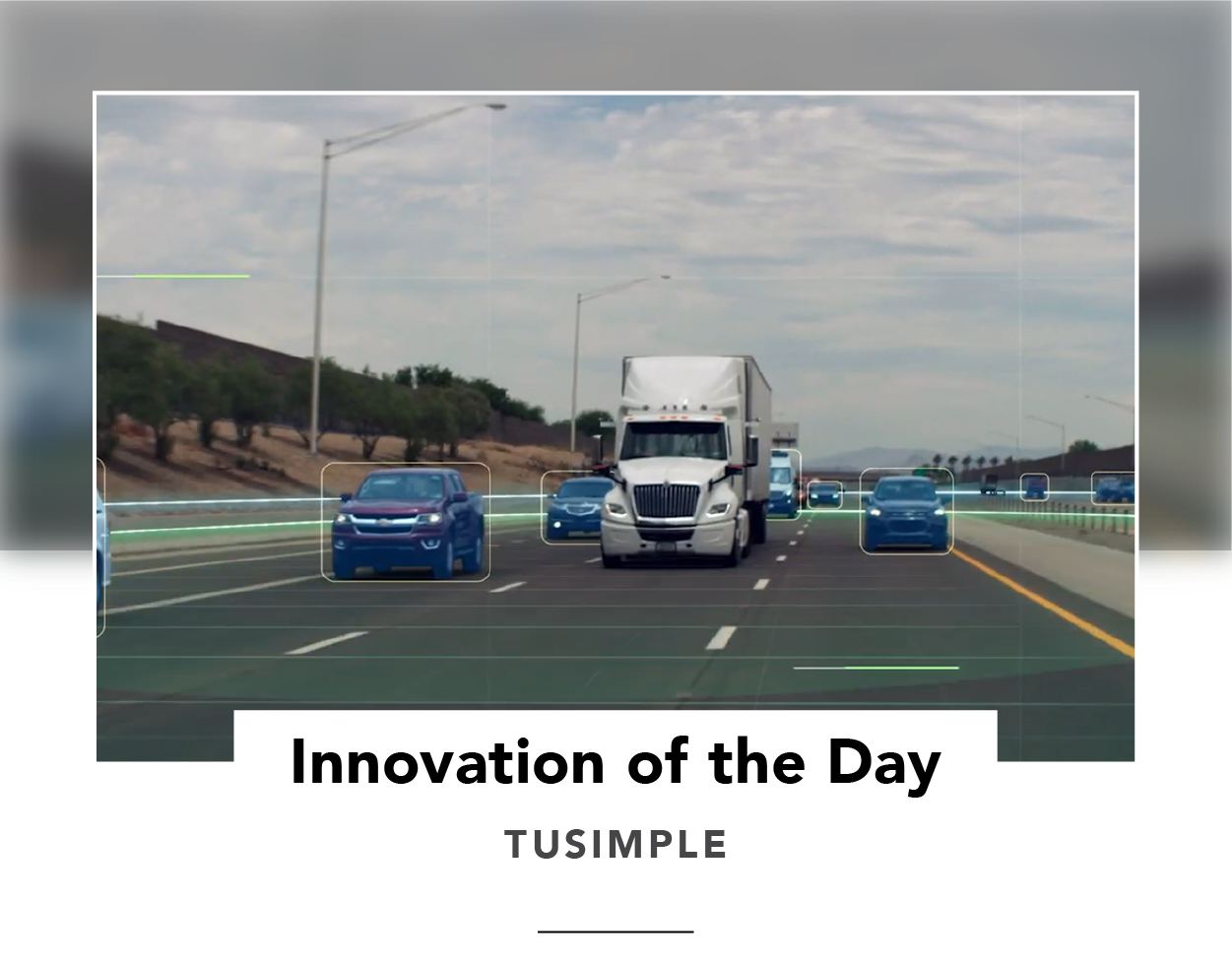 This month, US-based autonomous shipping truck startup TuSimple outlined its plans to offer an autonomous freight network (AFN): a fully mapped-out operations strategy for its trucks. The four-part setup weaves together digitally planned routes across the US, TuSimple’s self-driving trucks, a real-time shipment tracking feature that the company’s business customers can monitor, and freight terminals. This operations plan from TuSimple, which is partly owned by UPS, will be deployed throughout the entire US by 2024 (the same year its autonomous vehicles are expected to launch, commercially) and eventually extend to Asia and Europe. The first stage of the plan will roll out between 2020 and 2021.

At times, the idea of a road system filled with autonomous vehicles seems conceptual at best. TuSimple’s trucks still have humans in the front seats. As several news outlets have lamented, multiple companies are delaying the launches of their self-driving cars again and again. Making it all the more likely we’re in for even more delays!

But don’t be fooled by the media’s impatience. Just because AVs aren’t mainstream (yet), just because we don’t see them on our highways (yet), doesn’t mean they won’t be here in the foreseeable future. And just because TuSimple’s actual trucks aren’t finalized doesn’t mean the company shouldn’t start mapping out now what the ecosystem surrounding their trucks will look like. Considering the major partners and shareholders involved — UPS, Xpress, McLane and more — along with TuSimple’s USD 298 million in funding and its multi-continent expansion on the horizon...it’s clear other companies agree.

How does this apply to you? Well, even if your firm isn’t the slightest bit related to anything autonomous, it’s still worth taking a cue from TuSimple and planning for your industry’s tomorrow, today. It’s worth taking a look at the ‘futuristic’ concepts your sector’s thought leaders are predicting, and start imagining how your company could one day begin acting on those opportunities.

One more thought: Inventing your industry’s next key innovation — like TuSimple’s autonomous trucks — isn’t necessarily enough. Sometimes you also must build the roads they drive within (or, in TuSimple’s case, the maps, terminals, routes, etc.). What ecosystem can you create to surround your innovation?