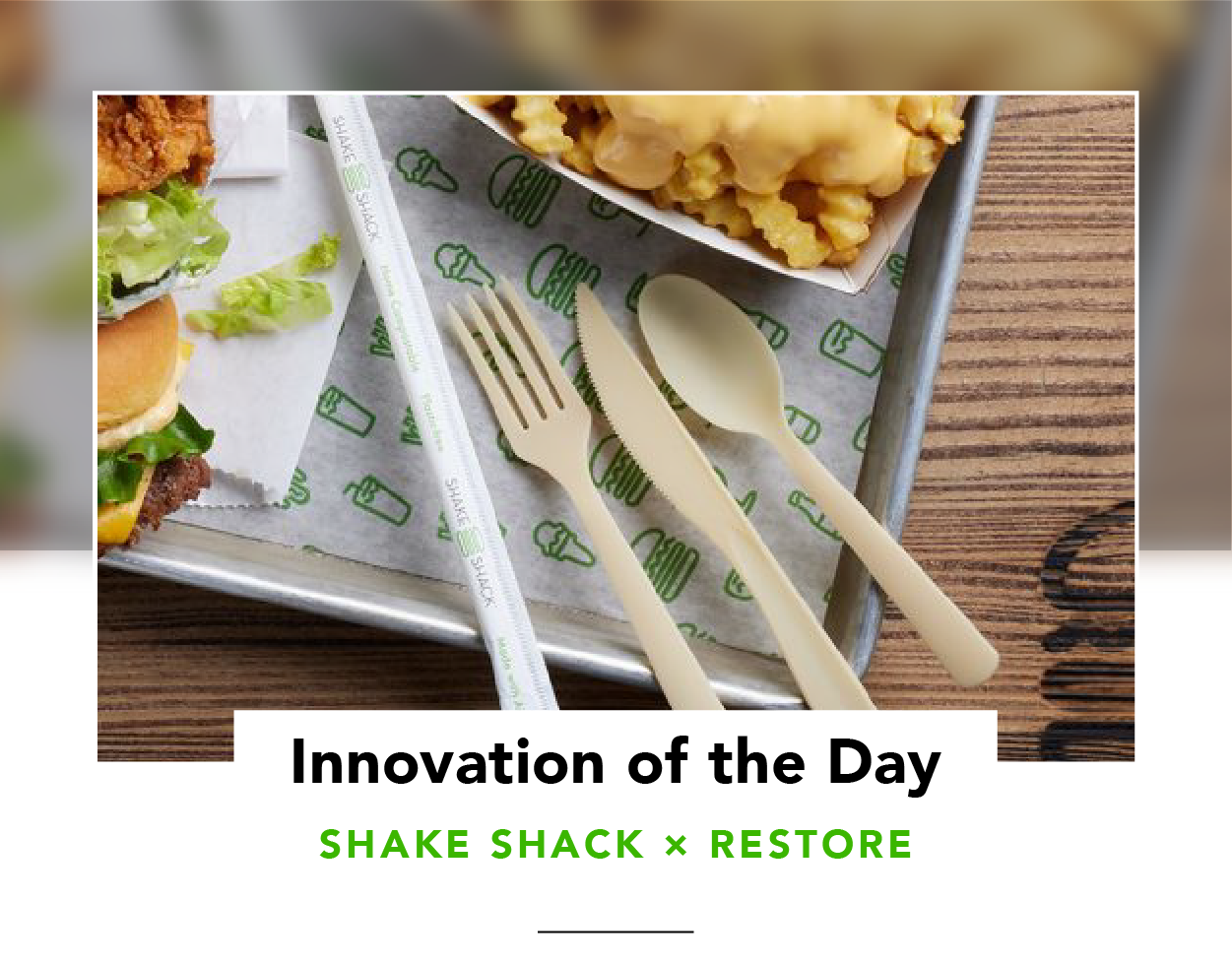 Earlier this month, popular burger chain Shake Shack announced that it's trialing single-use cutlery and straws by Restore at select locations in New York, Florida and California. The new foodware isn't just home-compostable and ocean-friendly, but actually carbon negative. How? It's made by microbes that consume methane and CO2, which they turn into a molecule that can be used much like plastic and other synthetic materials. One of the companies harnessing that technology is Newlight Technologies, which produces the AirCarbon material that Restore's foodware is made of.

Unlike synthetic plastic, the molecules that AirCarbon consists of are present throughout nature and can be consumed and broken down by microorganisms, like leaves on a forest floor. The woodland metaphor doesn't stop there: California-based Newlight gives the example of trees using greenhouse gases to make a pinecone, turning gas into a solid material. Likewise — if produced using renewable energy — AirCarbon can be a carbon-negative material, capturing more CO2 than was emitted during manufacturing. AirCarbon is FDA food contact approved. It's also naturally meltable, so it can be shaped into a wide variety of shapes and textures.

If you're reading this, we probably don't need to explain how urgent it is that we reduce our use of traditional plastics. Part of the solution is to eliminate its use altogether, another is to adopt alternatives like AirCarbon. If plastic is part of your company's way of doing business, how can you start leading the way?