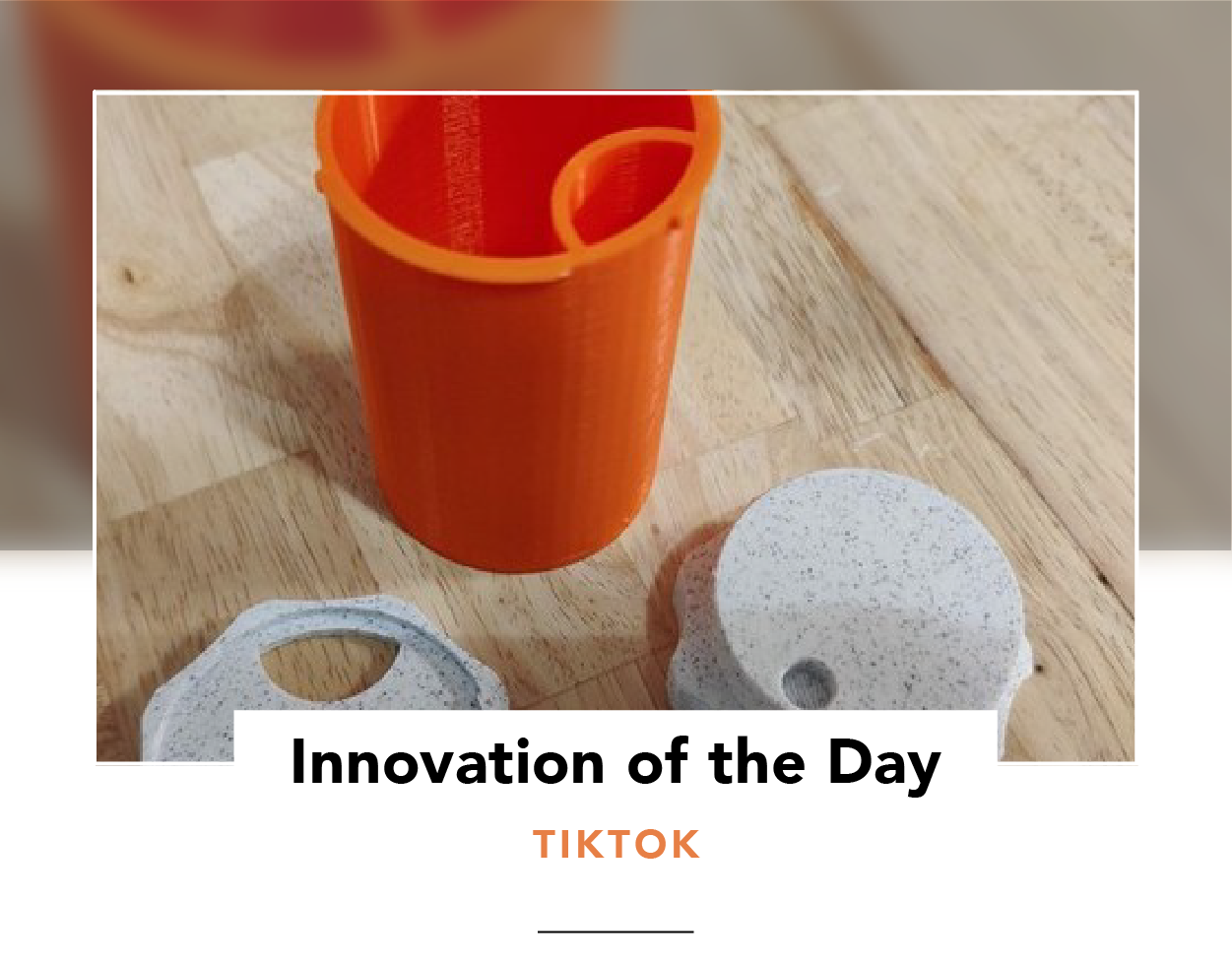 Prototyped on TikTok, a pill bottle for people with Parkinson's

Picking up a tiny pill is a recurring struggle for people experiencing hand tremors due to Parkinson’s disease. Late last month, athlete Jimmy Choi shared that frustration on TikTok. To his surprise, fellow TikTokers got to work to find a solution.

Choi was contacted by Portland-based videographer Brian Alldridge, who sketched out an idea and then taught himself 3D modelling software to turn his sketch into a printable prototype: a bottle that isolates one pill and places it in a chute, allowing the pill taker to slide it into their mouth with the same gesture as taking a shot from a shot glass.

Because he didn’t have access to a 3D printer, Alldridge invited others to print and test, and see if his concept would actually work. Within days, an international TikTok team printed, tested and repeated the process, finetuning the design. All the while, they kept Jimmy Choi involved, sending him prototypes and incorporating his feedback.

Alldridge is now working on patenting the design and getting it mass-produced, with the aim of making the bottles dirt-cheap so they’re available to anyone who needs them. A version of the 3D-printable design will remain in the public domain, so that individuals and non-profits can print their own. (The image we used is by William Hanson; he created a remix of a design by David Exler, who worked with Alldridge on 3D modeling.)

A group of strangers teaming up to fix a problem faced by other humans is social media at its best, demonstrating our common desire to connect, collaborate and share. People are clearly capable of doing so on their own, but if your brand or organization can help facilitate, more power to everyone. Just don’t try to monetize altruism.