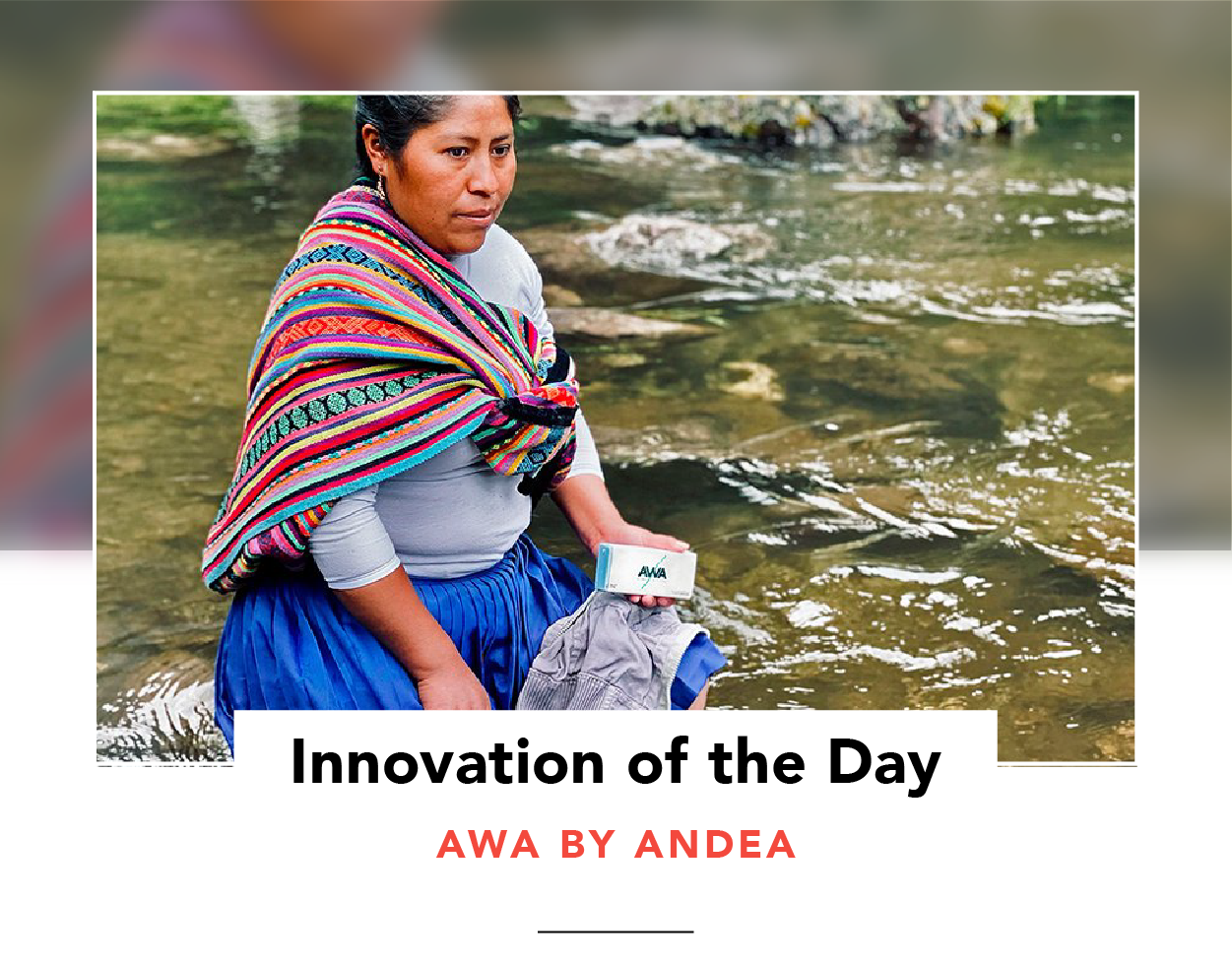 Around the world, women gather in shallow river beds to do laundry. Besides being a practical necessity, washing clothes is also time spent with aunts and sisters, cousins and friends. The problem is that chemical laundry detergents contribute to contamination of water that's often also used for drinking.

Two years ago, Peruvian mineral water brand Andea started researching how to help protect natural waterways, including those that feed the spring they source their product from. Working with creative agency Fahrenheit DDB and researchers at CIRSYS, they found a microorganism with a probiotic function that feeds on water pollutants. They then formulated a laundry soap that releases those microorganisms into rivers when it's used to wash clothing. According to Andea, water samples taken before and after AWA soap was used indicate that water quality improved by up to 75%.

The soap has been distributed free of charge to some villagers. Now, while doing laundry as they always have, women clean the river as well as their clothes. By embedding the purifying agent into a collective habit, decontamination becomes routine and women can protect their environment without giving up an important social and cultural tradition — at least if the soap is available at similar prices to chemical detergents.