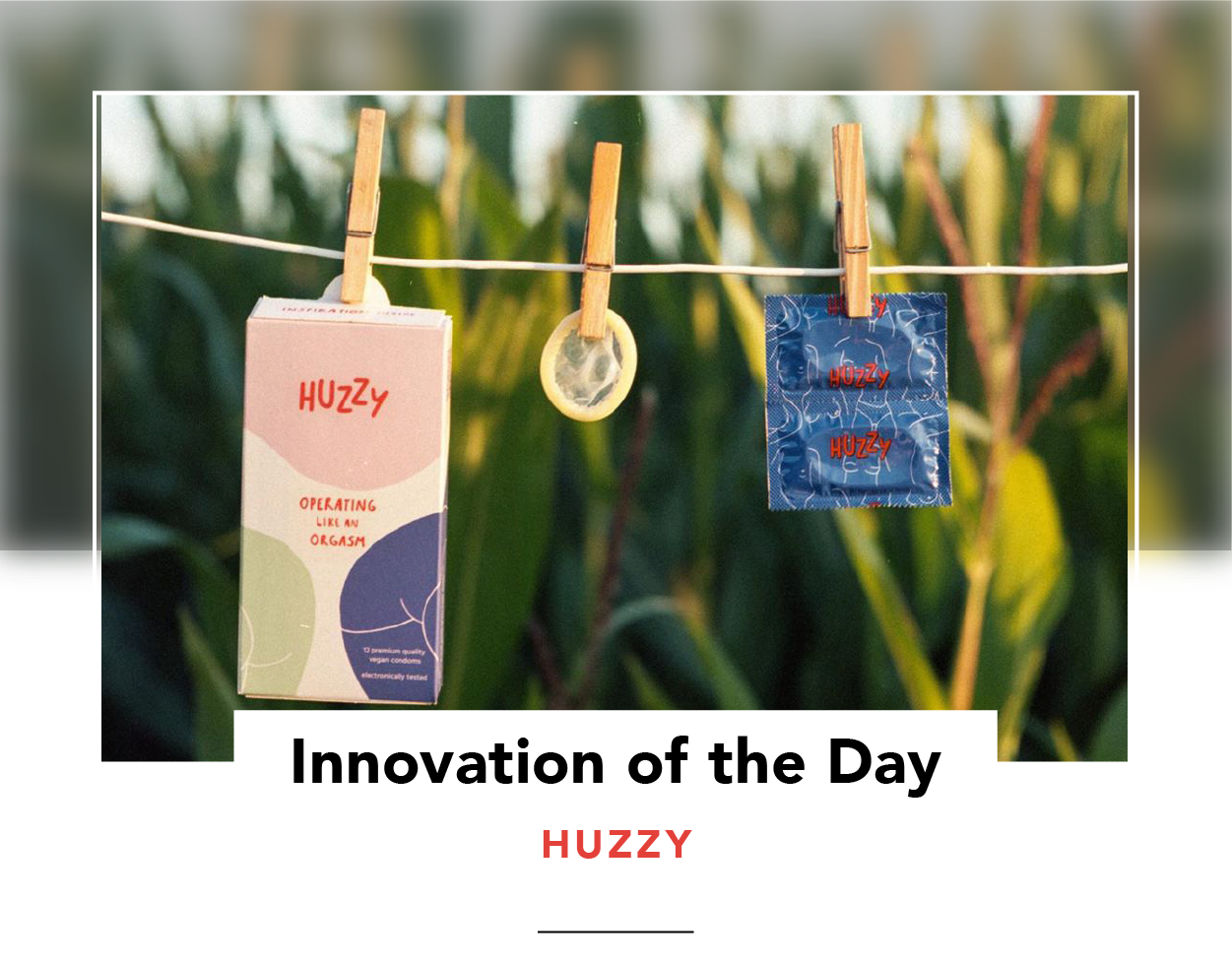 Huzzy, a condom brand focused on gender equality within relationships, launched in the Netherlands this month. Each box of condoms contains a QR code; by scanning the code, customers can send their sexual partner a payment request and split the cost of the box. Every package also includes a card outlining a Kama Sutra position in which the woman has control. Huzzy’s vegan, plastic-free condoms retail for EUR 7.99.

You already know that globally, many symptoms of gender inequality severely, deeply harm women. There are clear wage gaps, holding women back economically. There’s outright sexism and harassment, particularly online; one Brazil-based brand printed sexist tweets from men on toilet paper rolls, encouraging women to put those comments “where they belong” – the toilet. Violence against women in places like Mexico is getting worse. In April, the country saw 267 women murdered – the deadliest month in the past five years.

Overt issues like the above must of course be tackled. Yet this doesn’t mean that subtle sexism shouldn’t be addressed, too. This includes things like women being called “emotional” or “negative” for raising concerns (about nearly anything) in the workplace. Things like women being expected to take on the majority of household chores, regardless of how much they are or aren’t working. And, as Huzzy acknowledges here, things like women in relationships typically fronting birth control costs – even though preventing pregnancy (or making it happen!) is a two-person effort.

Huzzy’s QR code is just one example of a brand pursuing parity in everyday life. Could you structure your brand in such a way that it encourages a daily reality you want to see? Have you and your team fill in this blank: Wouldn’t it be amazing if [insert desired societal change here]? If this change were in effect, how would that change your product or service? Even if your dream isn’t quite a reality yet, can you alter your offering anyway? Doing so can inspire others to follow your brand’s lead and will that ‘what if’ into existence!