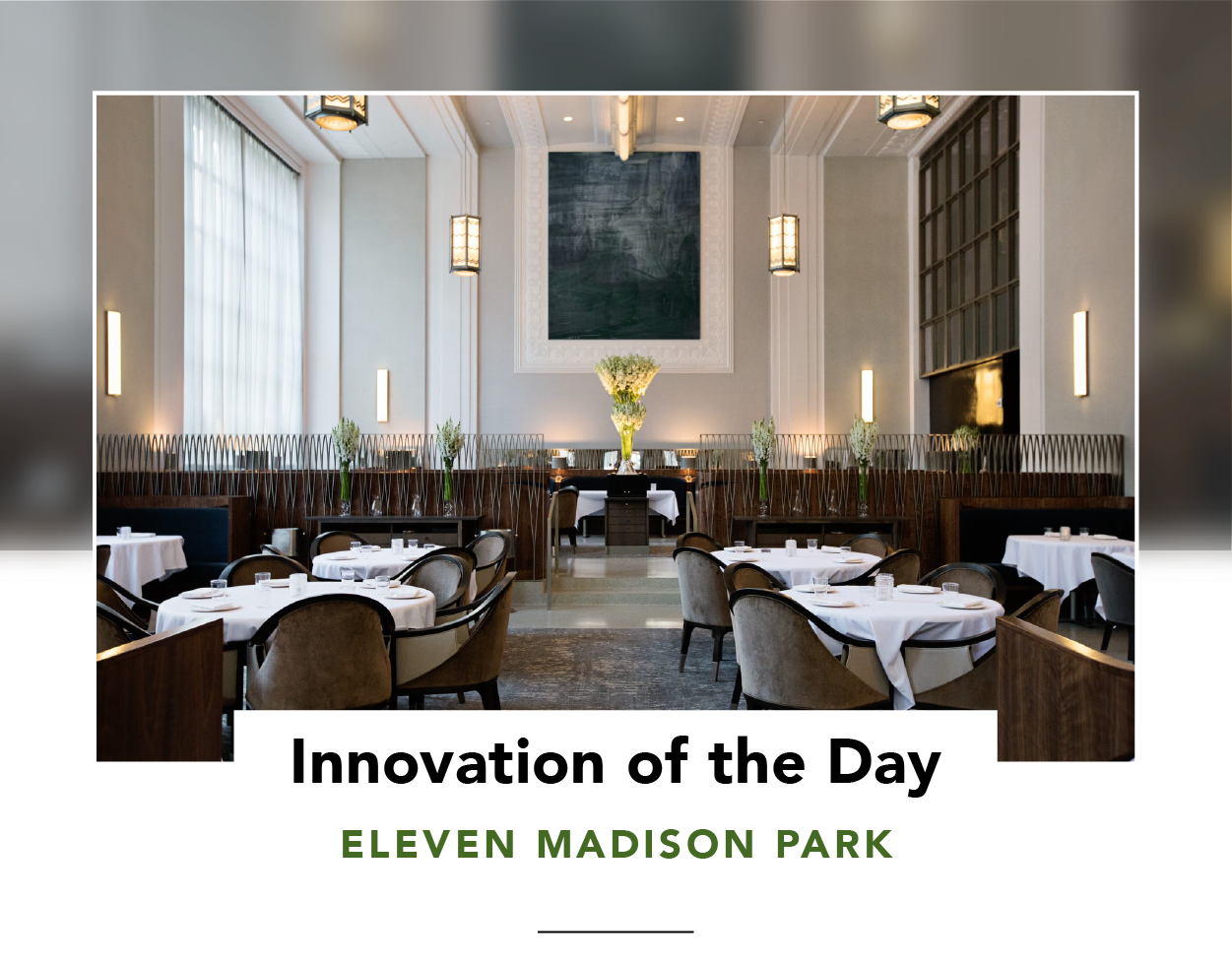 Hot on the heels of news that Gauthier Soho would be reopening as fully plant-based, Eleven Madison Park just announced that it will switch to a 100% vegan menu when it opens for indoor dining on June 10th. It's both a sign of our plant-forward times, and a radical departure for a three Michelin-starred restaurant that was famous for dishes like honey lavender roasted duck and a foie gras torchon.

While acknowledging the challenge in creating vegan dishes that are just as satisfying as the classics, chef and owner Daniel Humm states on EMP's homepage: "It is time to redefine luxury as an experience that serves a higher purpose and maintains a genuine connection to the community. A restaurant experience is about more than what's on the plate."

In addition to going vegan, for every dinner that's purchased, EMP will be providing five meals to food-insecure New Yorkers. They'll be served from Eleven Madison Truck, operated by the restaurant's staff in partnership with Rethink Food. It's an extension of EMP's massive efforts from the start of the pandemic, when eight people on Humm's team turned the shuttered establishment into a commissary kitchen and started preparing food for locals in need. In the past 14 months, they've served over a million free meals.

P.S. Check out Guy Raz's interview with Daniel Humm, which is where this story broke.