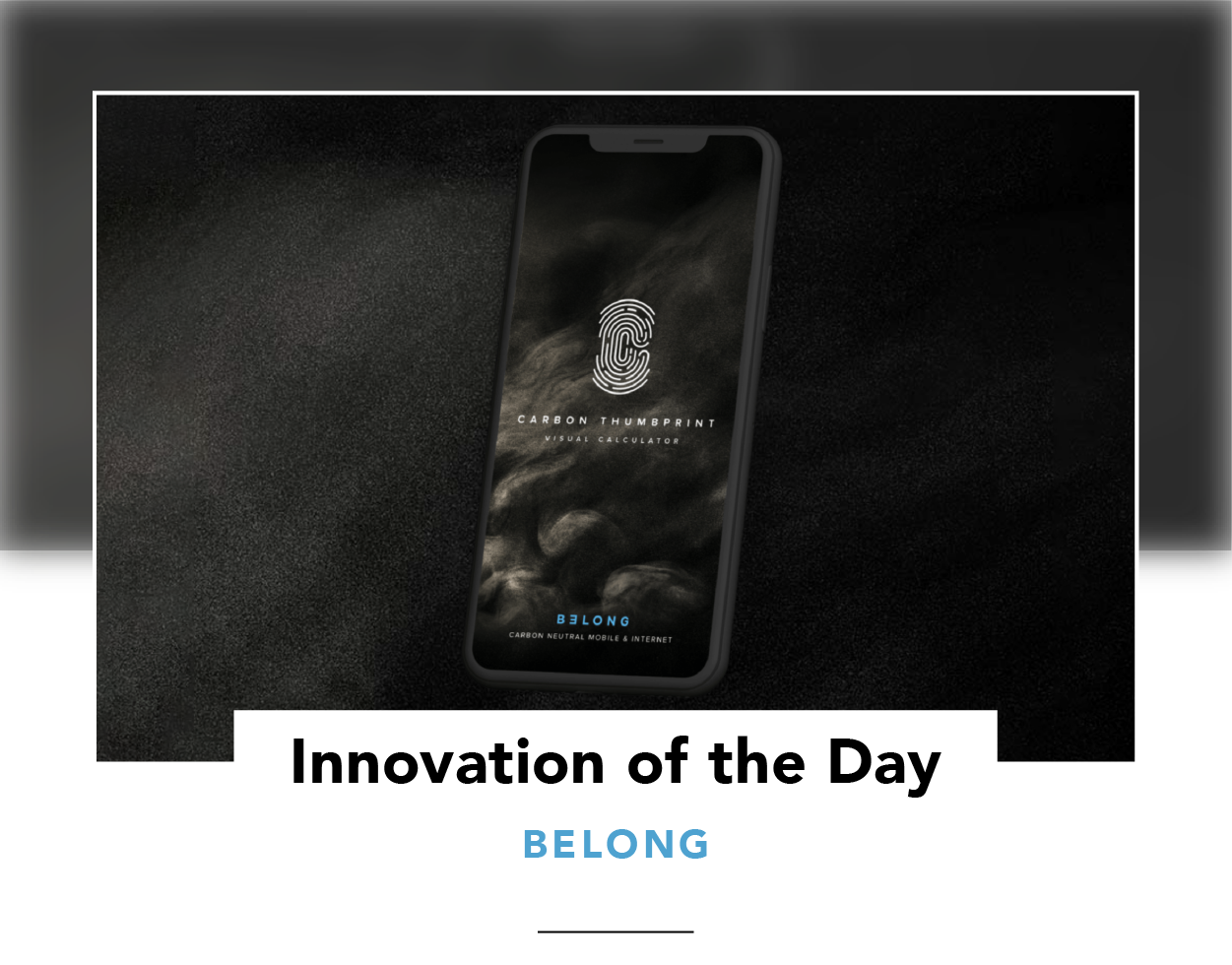 Australia-based telco Belong recently launched an app that allows users to quantify the environmental impact of their mobile phone usage. Carbon Thumbprint uses data modeling and AR to help consumers visualize the amount of CO2 their mobile data use contributes to carbon emissions. The estimated calculation, which is based on a series of questions about mobile data usage and the sector’s greenhouse gas emissions, includes emissions associated with key mobile network infrastructure (such as towers and cables) but excludes the phone itself. Belong is Australia’s first accredited carbon neutral telco provider.

From Zoom calls to TikTok videos, consumers are spending more time online than ever before. But the digital footprint of those actions has an (often forgotten) impact on the environment: research from Belong suggests that 9 out of 10 Australians don’t think that mobile data contributes to carbon emissions. Two takeaways from this innovation:

Metrics matter! In a survey that spanned 27 countries, 86% of adults agreed that, ‘I want the world to change significantly and become more sustainable and equitable rather than returning to how it was before the COVID-19’. The gap between the world consumers would like and the changes they are prepared to make is vast. But tools like this, that highlight the impact of consumption, could help to narrow the divide. How can you use data to drive behavior change and empower your customers to make better decisions?

Practice some shame avoidance! At TrendWatching, we’ve been tracking the search for a more sustainable consumption for over a decade. One emerging behavior we observed in the last year is the emergence of GREEN PRESSURE; the idea that eco-consumption is less about the status of opting in, and more about the shame of opting out. Giving consumers the tools they need to understand the eco-impact of their actions is one step to alleviating the guilt. But how can you help consumers avoid it? Longtime readers will remember Doconomy, who partnered with Mastercard to offer a service that tracks the carbon footprint of user’s purchases and blocks payments when the ‘carbon budget’ is reached. This is a radical idea, but restricting behavior for the good of the planet has long term benefits your customers will (eventually!) thank you for.