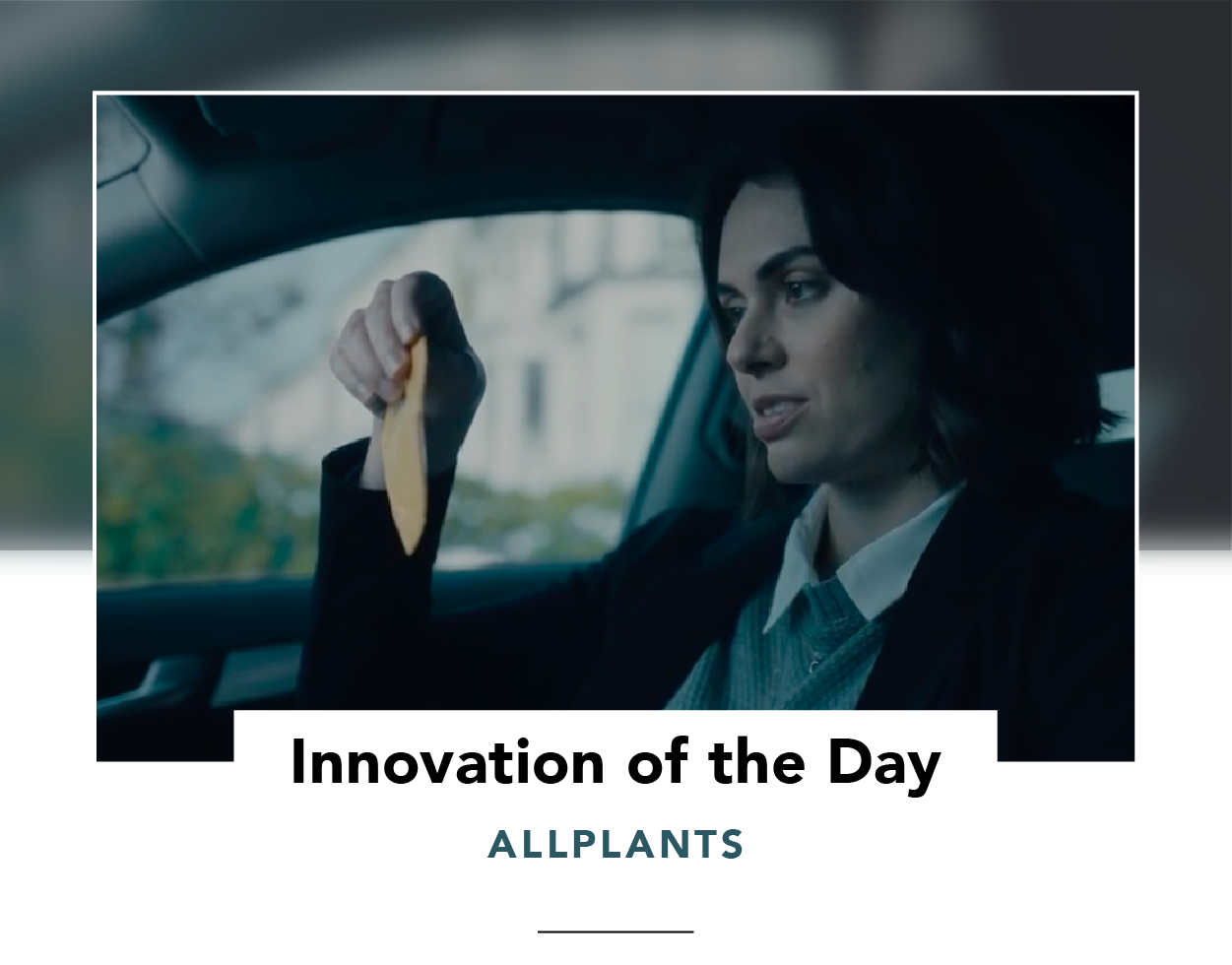 "We know Helen is trying to go vegan. We also know about last Tuesday..." Cue thunder, sinister music and cut to Helen in her car, sneaking processed cheese while parked in her driveway. The voiceover returns: "Relax, Helen — we don't judge! We're allplants, but you don't have to be." That's from a Veganuary campaign for UK vegan meal service allplants, created by Snap LDN.

It's a fresh, guilt-free approach to going vegan, and brings to mind Tobias Leenaert, the vegan activist who suggests that a pragmatic approach might be more effective than one that's purely idealistic. Reductions in animal suffering, greenhouse gases, deforestation and land use are more likely to be reached if lots of people eat less meat, then if a small percentage of the population practices strict veganism.

Especially for purpose-driven organisations, it can be easy to slip into idealistic all-or-nothingness, while a pragmatic, non-judgemental path could yield game-changing results. When it comes to veganism, for example, animal advocacy might not be the way to reach the largest number of people. So, create vegan chocolate that tastes divine. Faux-chicken nuggets that are cheaper than the real thing. A steak alternative that's better for the environment. Plant-based milk that's healthier. You get the picture ;-) How could pragmatism apply to the ideals you're working towards?