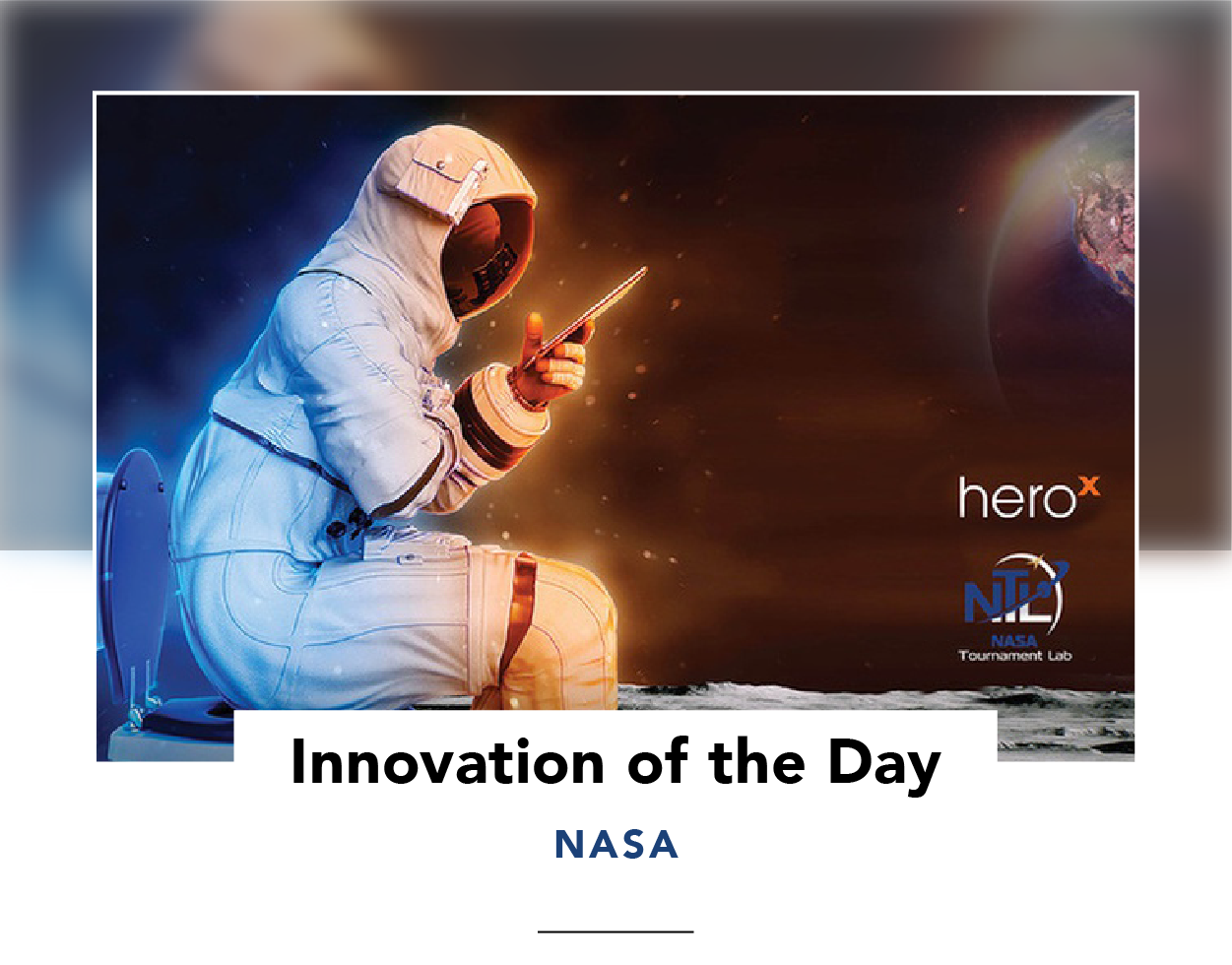 NASA opened its Lunar Loo challenge, to design a new toilet for astronauts, to the public this month. The contest is part of NASA’s preparation for Artemis, the space agency’s program to send the first man and woman on the moon by 2024, and create a setup on the moon that will facilitate future missions to Mars. NASA is requesting designs for toilets that are compact, function just as well as toilets on Earth, and work in both lunar gravity and microgravity; the current models only work in microgravity. The Lunar Loo challenge is open to professionals and students under 18, and offers a total prize package of USD 35,000.

We’re sure NASA’s top scientists could’ve easily solved its space toilet conundrum internally...but the agency saw the benefits of not (toilet pun alert!) holding it in. NASA explained that it knows the public will “approach the problem with a mindset different from traditional aerospace engineering” and that kids may do so without “the same constraints as adults.” So NASA understands a fundamental innovation truth: Good ideas can come from outside your organization, and many are good precisely because they reflect an outside perspective.

Whether you’re headed towards the moon or just a new product launch, you can also harness the collective wisdom of the crowd for your next initiative. Samsung took the same approach when it tapped Dezeen’s design community to imagine how its cardboard TV boxes could be repurposed. Another example? US personal care brand Bravo Sierra sent its products out to active military members, soliciting input via WhatsApp and Slack, while perfecting its formulations. By establishing a relationship with soldiers, Bravo Sierra was able to build a robust consumer community – now, its grooming goods are sold in at least 70 military bases worldwide.

Can your organization open up its innovation process – not only to gain valuable new insights, but also engage and delight consumers at the same time?