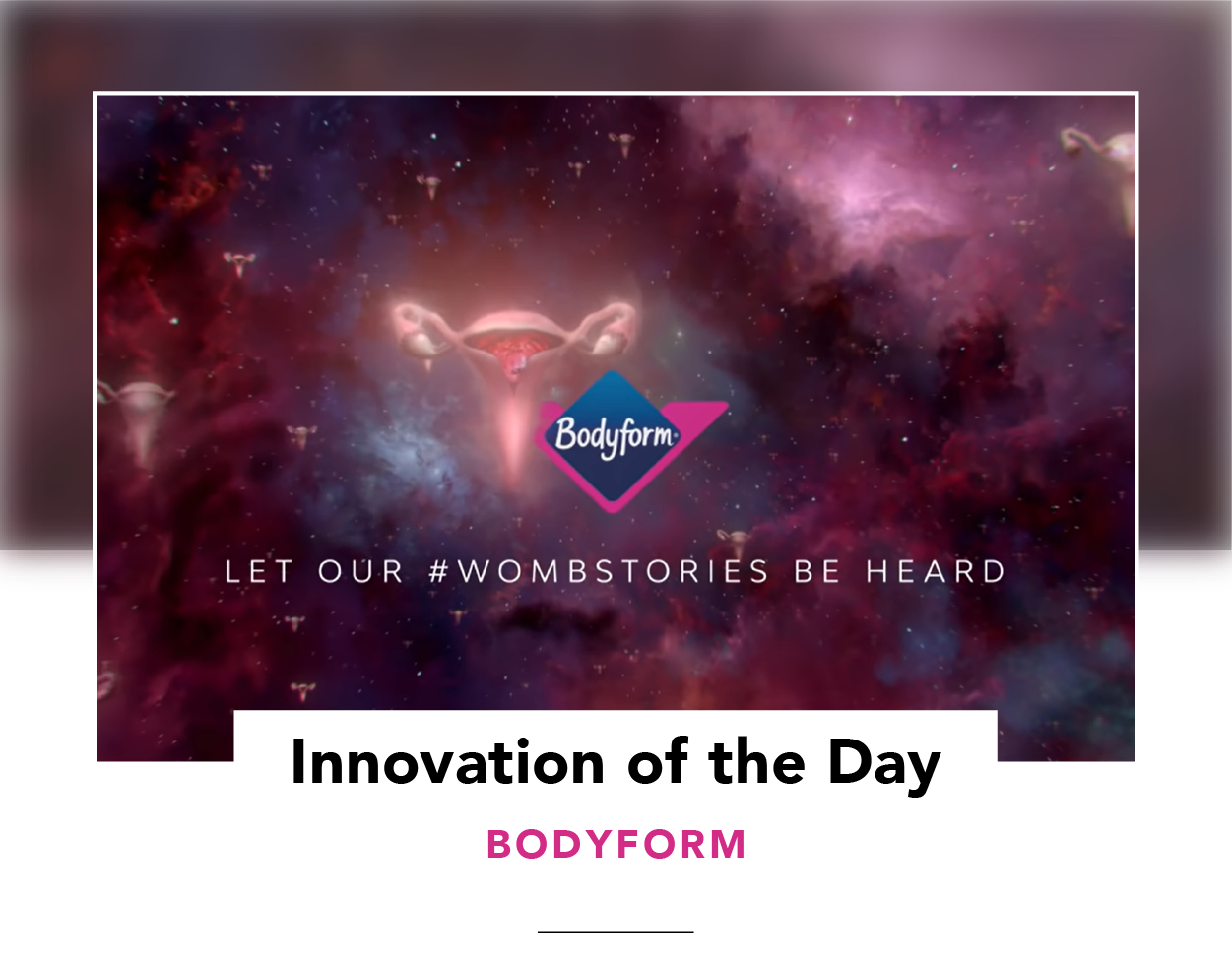 UK-based period products brand Bodyform released Womb Stories: a video campaign displaying both the joy and pain women experience during menstruation, miscarriages, menopause, pregnancy and more — topics that are often considered taboo. The psychedelic ad revealed this month was prompted by Bodyform’s surveys. The company found that 68% of women who had gone through particularly painful ordeals (such as endometriosis or miscarriage) were able to cope after being open with their loved ones. 21% of the women surveyed felt pressured to stay silent about these experiences, while the 44% who had done so said it had negatively affected their mental health. In Bodyform’s words, the brand doesn’t want Womb Stories to just be a campaign; it wants Womb Stories to “start a movement.”

If you haven’t clicked the above link to watch Womb Stories yet (which we kindly insist you must), and aren’t sure what the fuss over this video is about, take it from some members of Bodyform’s customer base: our wonderful womb-carrying colleagues at TrendWatching. Finance Director Liesbeth says, “The range of experiences [featured] is awesome and beautiful.” Judit, our Head of Community, called Womb Stories “so real and cruel and accurate and honest.” According to Community Manager Ángela Herdin, “We definitely need more campaigns like this.”

So if your brand wants to create more campaigns like this, ones that truly resonate like Bodyform’s, don’t just make them ads — make them art. After all, in the words of Alfred Stieglitz, who’s credited with introducing America to modern art, “The goal of art was the vital expression of self” (we’d say it still is). Considering how emotionally damaging it was for women to not tell their Womb Stories — that is to say, express themselves, as Bodyform found in its survey — this campaign is vital. It’s telling the stories in a raw, detailed, multidimensional way, on behalf of the many women who feel they can’t. It gives non-menstruating people a better understanding of the female experience. And the more we all understand each other, the better able we are to bridge the divides and polarization keeping us apart.

For your next campaign, we encourage you to avoid playing it saccharine and safe. If you’re trying to show consumers you understand what they’re going through — the good and bad and everything in between — it’s more compelling to go into the detail of their reality (even the bloody details, as Womb Stories did) instead of keeping your message vague. How can you show your customers you see them, and help others see them as well?